The Barbet is a French water dog. It belongs in group 1 in Canada (Sporting dogs, Working certificate). In FCI countries it is in group 8 (Waterdog-Retrievers-Flushing dogs). It is believed to be the ancestor of the poodle and many other modern breeds. The breed’s name “Barbet” comes from the French word “barbe”, which means beard.

The Barbet is a mid size dog with a long, woolly and curly coat. Their coats grow long and must be groomed regularly. The Barbet does not shed, its coat grows continuously. Most Barbet, are entirely black, black and white or chestnut brown. It is common to see white chest spots and white paws or legs on black or brown coated dogs.  Grey, fawn and white are extremely rare.The breed stands 58 to 65 cms (20.5-25.5 inches) for the males in height, 53 to 61 for the females with a tolerance of 1 cm (FCI 2006, CKC 2009).

A female Barbet is called a “Barbette”, a puppy is a “Barbichon” and a Barbet breeder is a “Barbetier”. Expressions such as “Muddy as a Barbet” and “Following like a Barbet” can be found in various proverbs dictionaries.

The Barbet’s personality is described as companionable, joyful, obedient and intelligent. They are quick to learn and excel in conformation, obedience and agility. They are great with children, families, and the elderly. They enjoy being with their human companion. They need exercise daily to keep the dog in a healthy state of mind and body.

The Barbet requires regular brushing (once a week). The coat grows continuously and can be scissor clipped a few times a year to keep it at a manageable length (5 to 7 cm). Regular ear canal cleaning is also a must with the Barbet. 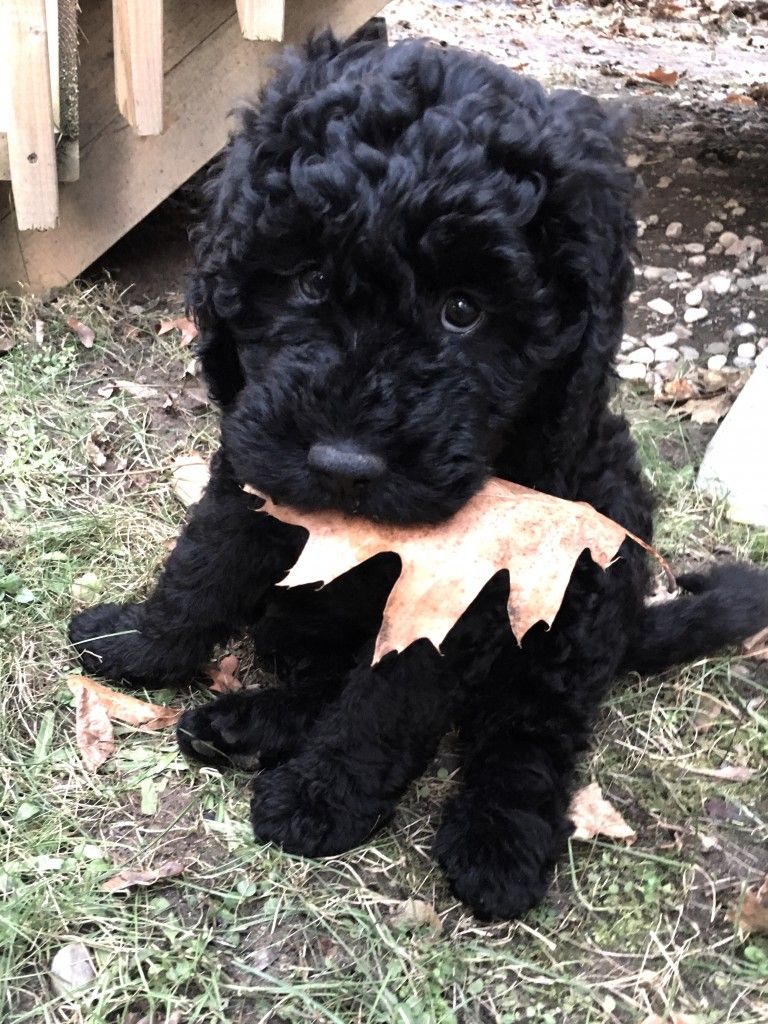 An updated CKC breed standard will be published as of 01 July 2022.  Until then, the accepted text version is available for preview on the "Members only" page.