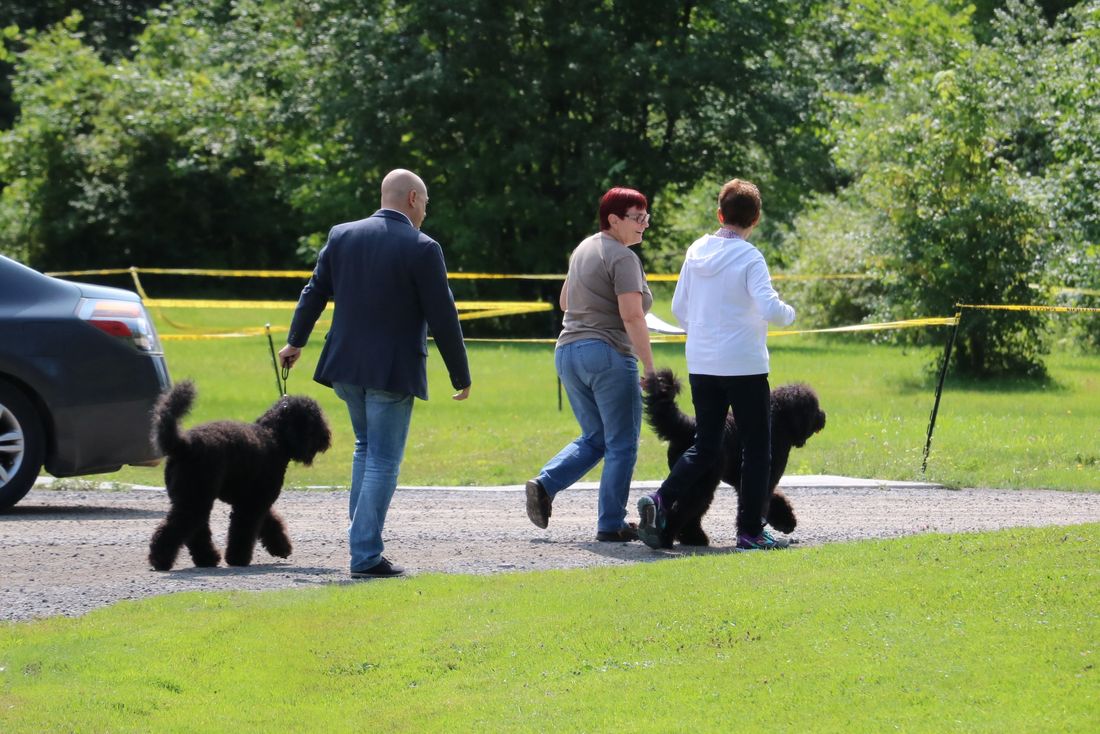 Awards given in a conformation event are assigned in function of classes, sexes, breeds and groups of dogs.

We all know the meaning of breed and sex of a dog. However, to help us understand the course of a conformation event, it is necessary to also have a brief overview of what is the meaning of classes and groups.

Dogs first compete according to their classes and sexes.The main classes are:

Breeds are divided in seven groups in Canada:

How winners are determined

Dogs competing are examined and compared with the official standard of the breed and also with other dogs of the same breed. The judge proceeds by way of elimination to determine the winners. The sequence of award distribution during a conformation event may seem confusing to the newcomers, so let’s try to make it easier…

We have to remember that during an event, winners are first determined according to their sex in one of the classes (6-9 months, Bred by, Open…). A male Winner and a female Winner for each class. Afterwards, the winners of every single class will compete for the award of Winner Male and Winner Female of all the different classes.

All of the Best of Breed will then compete at the group level to which their breed belongs. The winner will be awarded Best in Group and Best Puppy in Group.

Every Best in Group winner will then compete for the ultimate honor of a conformation event: Best in Show and Best Puppy in Show.

Points for a Canadian Championship (CKC)

How do we get points toward a Canadian Championship

To acquire a Canadian Championship is neither a coincidence nor the result of judges kindness. The title of Canadian Champion is gained by an accumulation of points. The number of points gained during a competition depends on the number of dogs (males /females) participating in an event and on the awards won during that event. Only dogs winning Winner’s male and Winner’s female for all classes can start earning points. A maximum of 5 points can be accumulated during a single competition. Those points may be won at the breed, group or Best in Show level. No points are awarded for a Best Puppy in Group or Best Puppy in Show.

Let's see an example.  A dog that has won “Best in Show” which means it has won its class, won the breed, won the group (all breed in his group) and won the Best of all Groups, gets a total of 5 points.

A total of 10 points, given by three different judges, are necessary to obtain the title of Canadian Champion. A “Major” (a win of 2 points or more) is also mandatory to get a CKC Championship.

The designation of CKC Canadian Champion in conformation is a lot more than a beauty title. It shows that the title holder conforms to the standard of his breed by his physical attribute, his behaviour and his temperament. This title confirms at a very high level that this dog represents his breed very well and that he has a temperament to live in harmony with his human companion.

The conformation is the presentation of a dog to evaluate its qualities and its defects. Conformation competitions are in fact to promote pure bred dogs and to preserve the official standard defined for each breed. Its appearance, its structure, its movements and temperament are indications of its qualities for a judgment. Dogs are therefore examined by a judge who determines how each topic compares to the dog approaching the more than the official standard of every breed. This standard describes the characteristics that allow the breed to perform the function for which it was developed. Conformation handling is therefore the art of properly presenting the qualities of the dog.

The dog in competition must allow a judge, who is a perfect stranger, to examine and touch several parts of his body, including for example its dentition to verify the condition and his testicles, if it’s a male. If the dog shows signs of nervousness or aggressiveness during this handling, it might be disqualified. Even if his physical appearance (beauty) represents great value, this beauty is not associated with a temperament free of aggression, hostility or excessive nervousness, this dog might not be able to get a title in conformation. 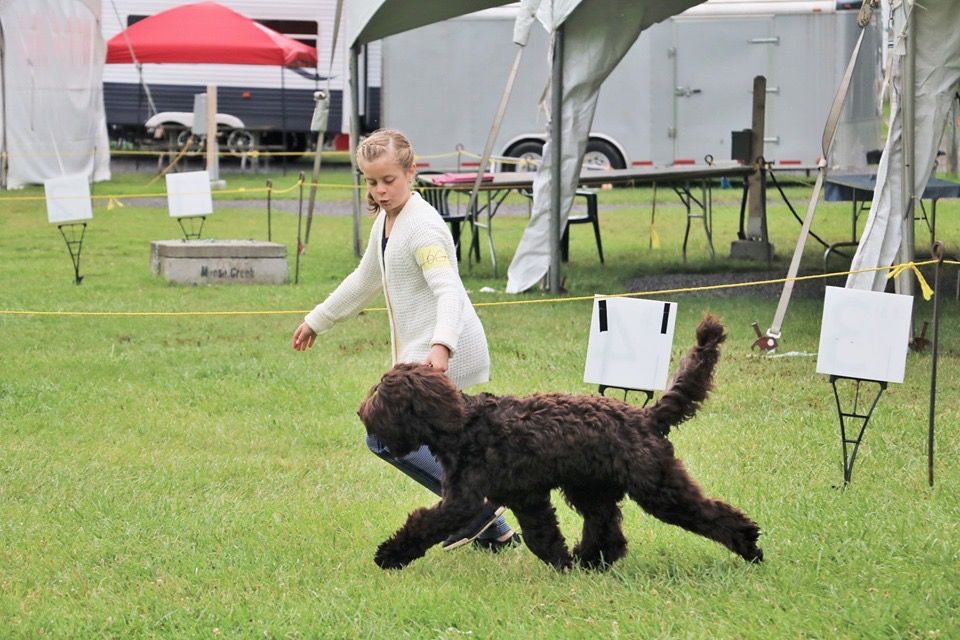